The History of Whales Bins

The founder of Whale Bins, Peter Whale was an elected Councillor to 2000 in the position of Deputy Chair of the Engineering committee. 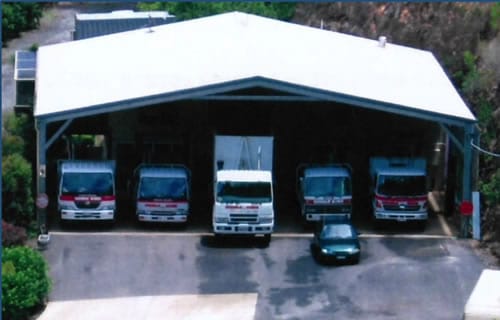 A keen interest in the waste industry, coupled with the rapid growth of the region, convinced Peter to get involved in waste disposal business venture at the end of his term as Division 10 Councillor.
In March 2000 Peter left the Maroochy Shire Council and established Whale Bins with his wife Frances as the sole employees working from a suburban home with one truck and 28 skip bins.

With approval obtained from the Maroochy Shire Council in April 2002, they purchased a disused five acre sandstone quarry located at Paynter’s Creek Road, Rosemount to rehabilitate with construction and demolition (C & D) waste

An office, truck depot and domestic residence were built on the site and extensive landscaping and improvements were made in order to blend the establishment with the natural bush surrounds and to make the area a comfortable home as well as a business site.

The depositing and disposal of C & D waste and the sorting and recycling of steel and aluminium at this site was fully operational for eleven years. The rehabilitation of the quarry was a first for the shire and was also the only privately owned C & D waste facility in operation at that time. 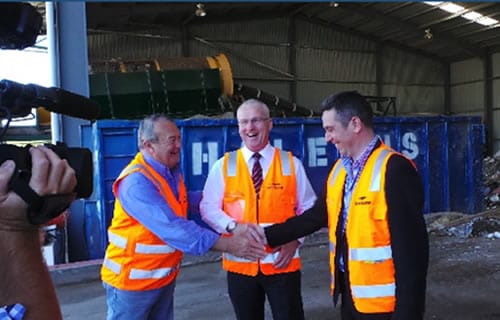 Fast forward a few years and the company had grown from a turnover of $53k in 2000 to just under $1.6m in 2012.It was around this time that Peter identified a large gap in the Sunshine Coast waste industry in regards to the recycling of commercial, industrial, construction and demolition waste currently being taken straight to landfill.

Peter and Frances completed construction and opened the Whale Resource Recovery Centre at 1 Page Street, Kunda Park just after Christmas in 2012. This large purpose built facility is the first and only facility of its kind on the Sunshine Coast.

The aim of the centre is to reduce pressure on landfill sites, recover and reuse valuable resources that at present are going directly into landfill. Feedstock consists of mixed construction and demolition waste in the beginning of the process, which is sorted mechanically and physically. The separate clean waste streams are produced to then be reused. The end markets are supplied with products for road base and drainage, and turf underlay. The supply of recycled ferrous and non-ferrous metals, cardboard, paper and plastic will be used in the manufacture of new products. Whale Resource Recovery provides an offload option for these companies, thereby providing a reliable supply of feedstock.